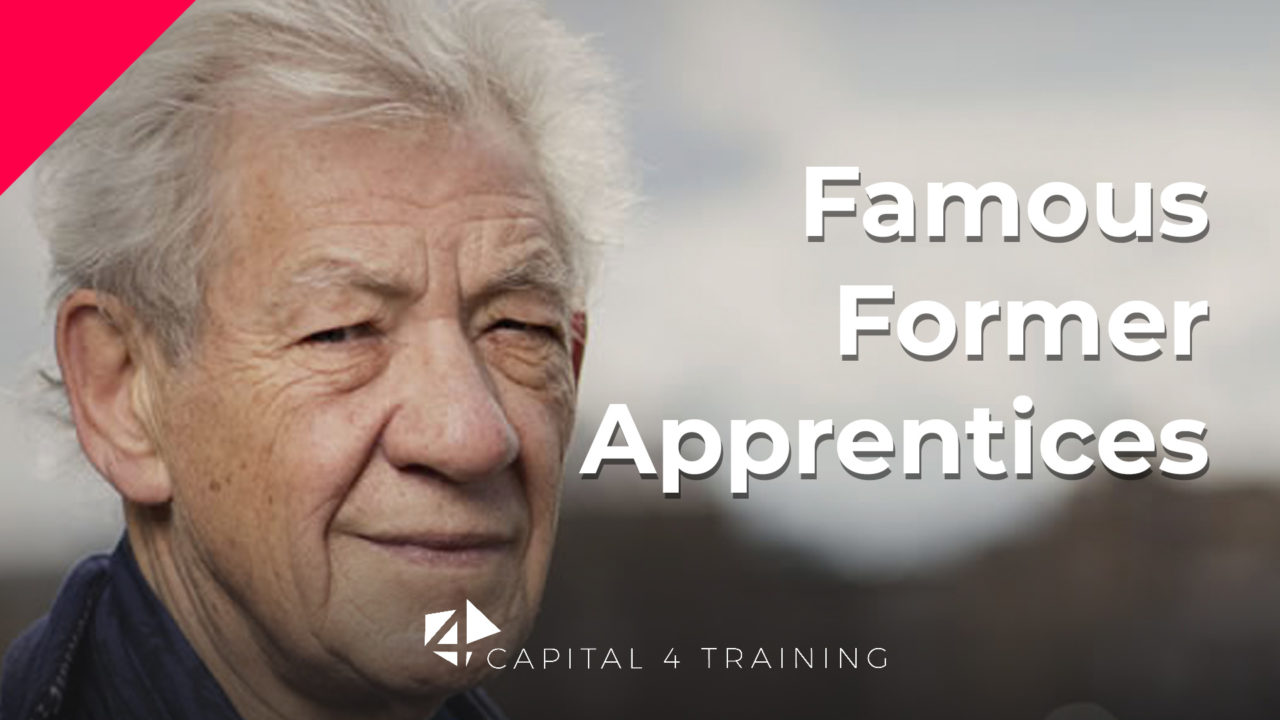 Did you know that these celebrities were once apprentices?

As part of our effort to inspire young people looking to become an Apprentice and as part of National Apprenticeship Week, Capital 4 Training would like to go over some famous former apprentices that you’ve probably heard of, but you might not know that they were apprentices themselves back in their youth. It just goes to show, Apprenticeships can unlock many pathways for you in life.

Sir Ian McKellen
We all know who Sir Ian McKellen is, he’s played many roles in his career but you could argue he’s most well known for his role as ‘Gandalf’ in the Lord of The Rings films – but did you know that this now renown actor didn’t go to drama school like you’d think. He actually spent three years as an Apprentice Actor at Belgrade Theatre in Coventry.

Karen Millen
One of the leading women in fashion, specialising in Coats, Tailoring and Evening-wear Karen Miller was once a Fashion Apprentice at Medway College where she learnt important skills to take her on to be one of the most recognisable names in women’s fashion.

Jamie Oliver
One of the worlds most well-known chefs Jamie Oliver started his journey as an Apprentice Caterer, learning new and valuable skills that would help him to become the successful chef that he is today.

Elvis Presley
Elvis, the king of Rock and Roll. Before pursuing his successful career in music, Elvis was actually studying to become an Apprentice electrician.

We hope these famous former apprentices mentioned inspire you to think about embarking on an Apprenticeship.

Join us tomorrow as we discuss some tips when you apply to an apprenticeship and how to successfully sell yourself to employers looking to hire a fresh faced apprentice.

Check out our social media channels for everything to do with the National Apprenticeship Week. #NAW2020 #LookBeyond

Get in touch with us today!

If you’d like to read our other blogs, you can visit the News Page.