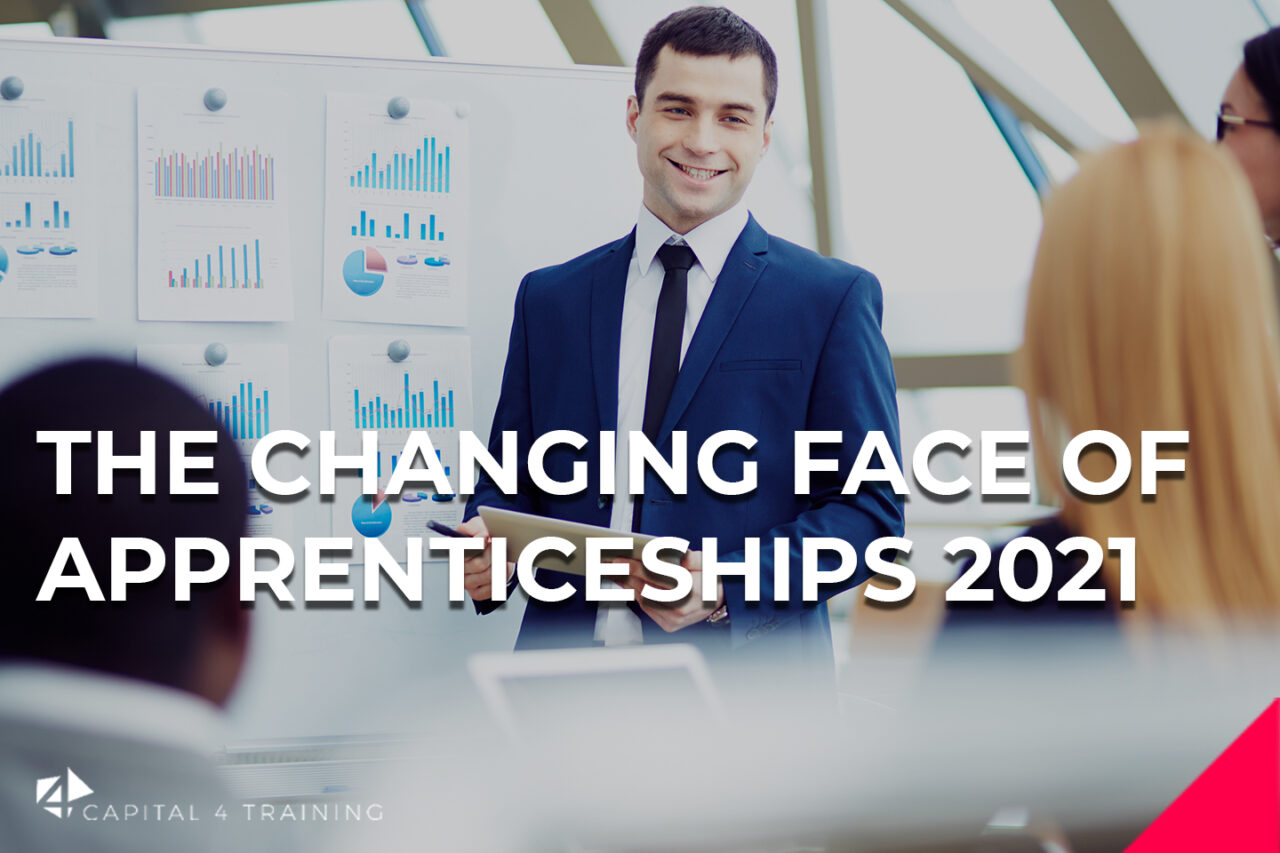 The changing face of apprenticeships 2021

Apprenticeships are evolving and growing. In a higher demand than ever, they are more diverse especially in 2021. Apprenticeships show a better more effective way of learning, their face has changed by age, gender, type of industry and the wages earned.

New standards have impacted the change. In august 2020 new plans were introduced to avoid funding old learning frameworks, investing in a new better trailblazer way. The requirements were announced in October 2013 expected to be fulfilled in 2017/18. The governments had a press release in august 2020 on the changes to apprenticeships. This included £5 million for the institute to introduce new standards and update those existing.

The traditional concept of an apprentice is someone who is under guidance of an expert learning the trade. They are young and usually male, working for very little money. This has changed not only on who the apprentice is but the reputation as well.

There is a belief that when compared to going to university apprenticeships are an in-fearer option this has changed rapidly. However, apprenticeships have become more viable for school or collage leavers. Not only for young people but older adults as well. This blog points out these changes that are occurring in apprenticeships, changing their face for 2021.

4 changes that are occurring in apprenticeships now

How has age changed in apprenticeships?

The age of apprentices has changed. You do not only have to be a young school leavers who is embarking on their new career. Adults are becoming apprentices as well. An apprenticeship is a great way to train yourself and prepare for a specific profession as well as retaining or learning new skills. As you have hands on experience and individual training.

More mature apprentices have emerged because of employers not only seeing the financial incentives but gaining a trusted employee as well. An older apprentice will have more experience, a wider range of skills and overall business experience compared to a young school leaver. This is a good reason to hire them as they have a faster progression. According to a recent survey, the age in which individuals starting an apprenticeship has shifted. 46% of apprenticeship starts were over 24 and 21% of start-ups were aged between 35 and 44.

Apprenticeships have been synonymous with men doing jobs such as building and plumbing for a long time. Although these industries still offer apprenticeships, they have now become much better at recruiting and employing women.

For example, British gas has been vocal about this for a number of years. Not only has it seen a gender equivalent among apprentices, but there are now a number of apprenticeships targeted specifically towards women. This has helped to boost the reputation of female apprenticeships. With women having an increased number in the roles they can secure. This changes the face of apprenticeships from traditionally only allowing men to now both men and women thriving.

Statistics from the House of commons library state that gender profiling has now become more equal. The number of women starting apprenticeships have increased. In 2017/18 there were more male starts at 51% for men. However, now the number of men and women apprentices is more equal, with women at slightly more with 50.1%. Women have grown in apprenticeships, changing and evolving the traditional face of an apprentice.

The choice of industry

Through the apprenticeship path, a wide variety of professions and industries are now open to companies to list, including those that were previously pretty much closed to those without a degree. As the Apprenticeship Levy sets to tempt many businesses and sectors, into hiring apprentices. The number of businesses doing so is starting to rise, and many companies are seeing that apprentices benefit them. Furthermore, according to the UK House of commons library in 2018/2019 Advanced level start-ups grew by 44% and higher at 13%. With higher level apprenticeships growing the number of lower level apprenticeships have fallen sharply with a decrease in 27% between 2011-2019.

The subject area starts had 83% in these 4 areas showing which were popular:

The amount of level 6 and 7 start-ups has increased between 2017-2019 by 11,500. The demand for a higher level of apprenticeships has rocketed and is being offered more. Apprenticeship standards have also increased by 84,000 with the number of frameworks dropping by 67,000

Pay and wages in apprenticeships?

If you’d like to read our other blogs, you can visit the News Page

previous
Why having a Groundworker on your team will help your construction business!
next
12 Christmas cracker jokes to make your Christmas

Any cookies that may not be particularly necessary for the website to function and is used specifically to collect user personal data via analytics, ads, other embedded contents are termed as non-necessary cookies. It is mandatory to procure user consent prior to running these cookies on your website.